KARACHI: The Karachi Biennale (KB) 2017 came to a subtle yet substantial end on Sunday, after two weeks of showcasing the works of 140 local and international artists.

The Biennale, described by German Counsel-General Rainer Schmiedchen as “the most exhilarating two weeks, since I have come to Karachi,” was the first of its kind. It utilised public places for the display of contemporary art, which in turn made it available for the masses, instead of being restricted to gallery viewing.

The closing ceremony was focused on highlighting the importance of cultivating the culture of art in society. Various speakers, including KB managing trustee Niilofur Farrukh also stressed on how important it was to make art available to not just critics but also the common man. “We decided to let the visitors decide which artist inspired them the most and encouraged them to cast votes to select the most popular artist in the Biennale.”

Revisiting forgotten heritage through art at the Karachi Biennale

Later the Shahneela and Farhan Faruqui Popular Choice Art Prize, comprising a trophy inspired by the mother goddess of Mohen Jo Daro and Rs500,000 was awarded to Shazia Sikandar for her projection based artwork. 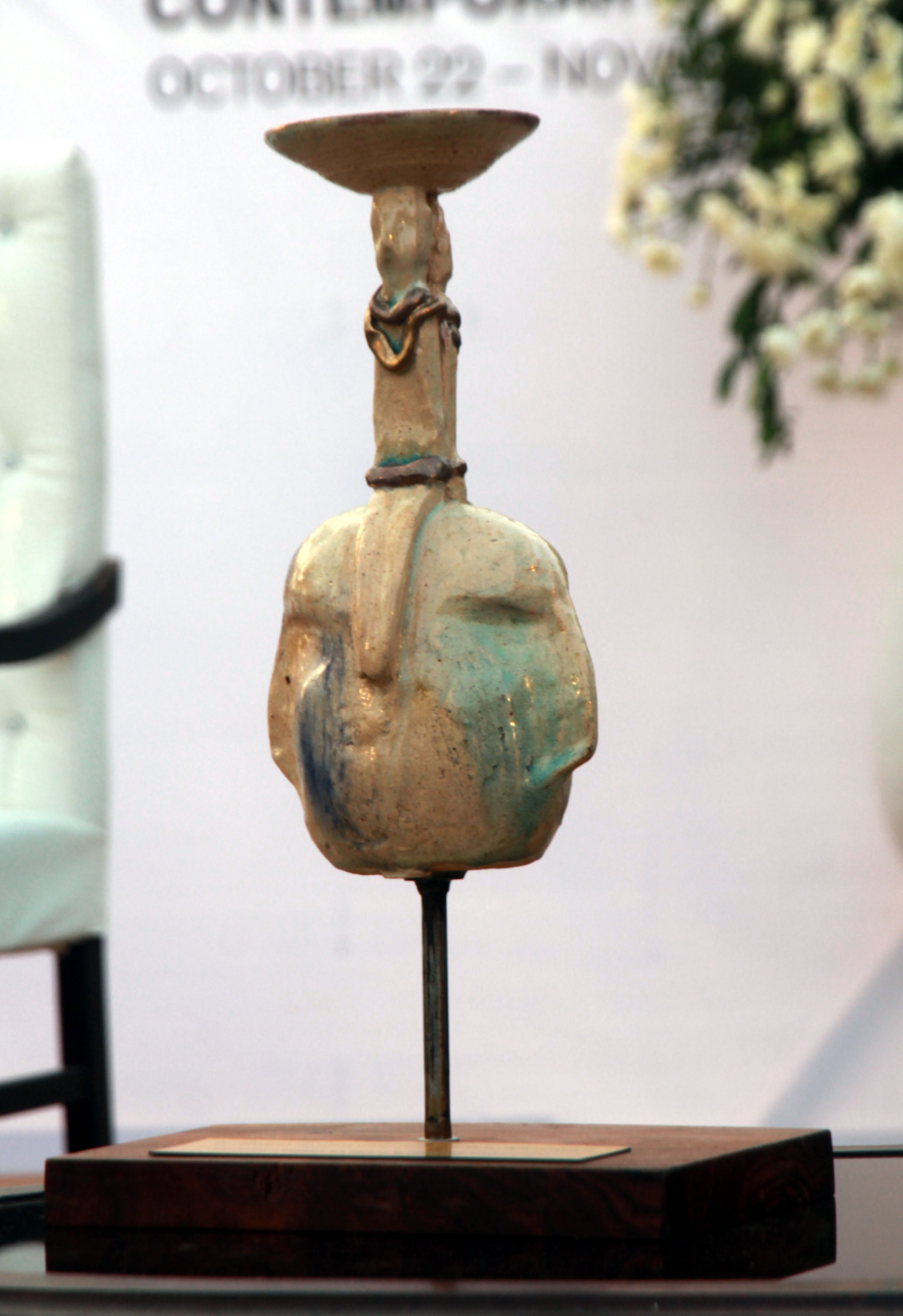 The Shahneela and Farhan Faruqui Popular Choice Art Prize, comprising a trophy inspired by the mother goddess of Mohen Jo Daro and Rs500,000 was awarded to Shazia Sikandar for her projection based artwork. PHOTO: ATHAR KHAN/EXPRESS

Quoting artist Athar Jamal in her opening speech, Farrukh said, “Ab Karachi, Karachi jaisa lag raha hai [Now Karachi looks like Karachi]” when she spoke about the experience that the Biennale offered to her, as well as any other person who could make it to any of the 12 venues in the city that hosted the artwork.

“Since the 1970s art had taken a backseat. Karachi was consumed by all kinds of violence and art disappeared from the scene,” she said. “We were curious how a new generation, not necessarily exposed to art on such a large scale, will receive it. But the people embraced it, encouraging us to bring new surprises as part of the next Biennale in two years,” she said.

Farrukh thanked the many partners, artists, locations, foundations and donors who came forward to make the Biennale happen, while stressing that people need to keep supporting the arts, donating to artists and playing whatever part they can to ensure that art comes back to city’s public places.

‘I want to bring something other than art to the city’

Chief curator Amin Gulgee, in high spirits, declared “I love you Karachi, my crazy, crazy city,” as the start to his address.

“Karachi has seen so much and is battered and bruised, yet it is a city that refuses to die. But if art is not brought back, the city will continue to decay, much like any society without art.” 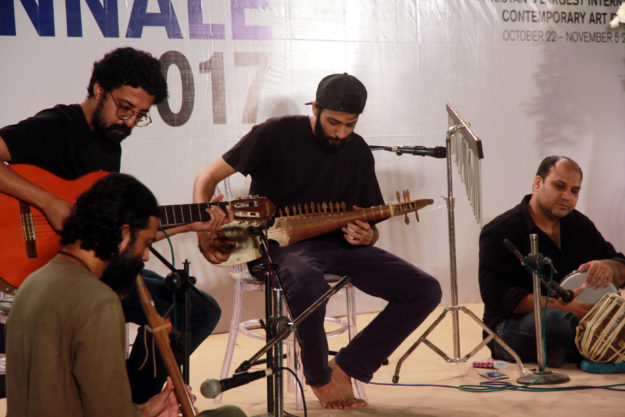 He stressed the need for museums and how exposure to art enriches minds. “Art should not just be available for the 1%. There needs to be contemporary and modern art museums for the people.”

Gulgee said the turnout at the Biennale and these last two weeks taught him that “if you build it, they will come”. The people are interested and they will come, he said, referring to how people received the show.

“I did not have any money to pay them and in return they had to suffer with me for two years,” he joked. “I do really appreciate all the effort they put in and even the artists, as we had limited funds and the cooperation extended to us by the artists was immense.”

The evening concluded with performance based work by actor and artist Jamal Shah, titled ‘Viewing the Video of Situation 101’, and a musical performance by Azad Sur, a band that creates music from a fusion of local and international instruments.